Menu
Log in
Register
Install the app
You are using an out of date browser. It may not display this or other websites correctly.
You should upgrade or use an alternative browser.

Pictures from my farm

As many of you know, my University is halfway across the country from my home and farm, so I don't get there very often  :-\  But last week I did   and by the beauty of digital cameras I was able to take hundreds of pictures (back in the film days my Mom always got mad at me for having more pictures of the cows than we did of people  ;D).  Thought I would share some.


Starting with some scenery (this is East Central Saskatchewan btw).......

The heifers stampeding home one night

Now some of the calves I liked

Heifer out of my best show heifer I had

Another of mine that is not super, but I am pretty impressed with considering the Mom was supposed to be hamburger long before becoming a cow (then she got bred, had the chance to calve, and has now earned a stay) 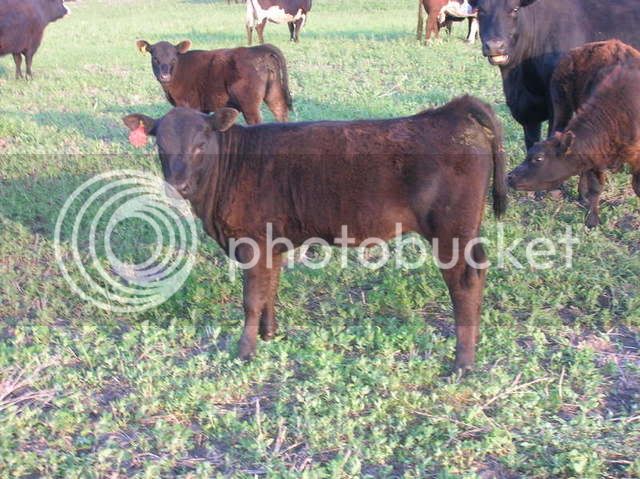 The blue one I like (of course, I am partial to the colour too)

...and her heifer (terrible angle...why can't the darn things stand up the hill :)

The best steer calf.  Again, terrible photography, but hey, I try.  Dad said he looked a lot better before but he was pretty sick for a while there.  But, I still picked him out off in the distance as soon as I spotted him, so that's always a good sign.

And my old Mitsy calved while I was there.  She was my first show heifer ever....putting her at 14 I guess.  This might be her last year  :'(

The cow isn't so pretty, but the calf is as cute as any

Really cute face mark.....too bad for the evil eyes (they aren't the most amicable family)

My Blue had a little blue1  Yay!  It's got the sweetest little face

Wonderful pictures Genes!
Makes me feel I was there w/ you!

You made me very homesick. Great photos though. I chuckled at the frozen ears.
G

I bet you get very homesick when you are off at the university.  You have a beautiful farm and lots of great animals.  Does your family farm as well as raise cattle? And if so, what grows well there?  Besides the obvious answer of grass. ;D
D

genes - great pictures - thanks for the tour. The hairy little thing on the right of the black calf looks remarkable like a black Beefpaca - they are very rare you know!
G

Gypsy - I do get homesick sometimes and a huge part of it is the animals.    We don't really farm much anymore, as it's getting so you have to be big to make it in grain and we just aren't.  Can't afford the big equipment for just a couple of quarters, so bought extra cows instead.  Dad just grows some oats and millet and stuff for greenfeed and feed.  The common crops are just cereals and oilseeds (canola and peas).  We don't have a long enough growing season for corn or anything like that.

Frostback - Was it the landscapes or the frosty backed cows that made you homesick?   Where are you from?


Red - I think I missed posting the longhorn picture for you.  Rob thought she was way too cool

Be still my beating heart, a red longhorn!
Great Genes!

It was the landscape that got me.I am from south of Calgary but live in Colorado now. Have not been home in 3 years and just missing it. I have cows down here thank goodness so that keeps me somewhat sane.

Frostback- define sane for me! I'm trying to figure how far off somewhat I'm at!

How do you get your cattle through the winter that far north?  Do you gather them together and feed all hay, etc?

We feed hay, or moreso in the last few years, a lot of greenfeed (we use oats and millet, swathed and baled up, head on, before ripe).  A couple of years ago Dad bought a big round bale shredder and just loves it.  For the first part of winter he'll just have them in a field close to home then drives out and shreds on the ground.  Young/old/thin ones stay closer, and get grain.  Since we calve when it is still winter (start about mid-Feb) they need to be put in the corrals with shelters so as not to freeze.  In there, they'll get hay and grain.  Continue to supplement grain and forage after they calf until something worthwhile grows, so it can be awhile sometimes.

Another thing people sometimes do, and we have on occasion, is swath graze crops in winter.  The cattle will dig through the snow to find it (actually quite funny to see a field with paths in rows through the snow.  Sometimes it's done by accident when the weather just didn't cooperate with harvest, but other times people plan for it.

I'm adding some more, though just of other stuff other than the cows now.

A couple of the horse

Rob had never ridden before.  He did pretty well, and Eclipse was a pretty good boy for him

A church by the golf course

An abandoned fallen down barn at my neighbours

The quintessential prairie elevator that is actually hard to find these days.  Most were just knocked down.  Ones like these are closed

Hollow in my pasture

Here's why our lisence plates say "Land of Living Skies" 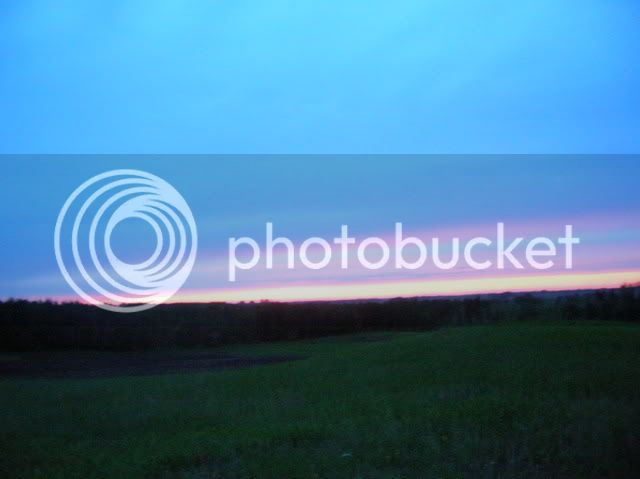 This one has an old tractor that didn't show up as much as I would have liked, but the cloud part is still neat

Wow, those are some awesome pictures!  (clapping)  They kind of remind me of home here in Illinois...funny how two places so far away from each other can share some of the same beautiful features..

Thanks so much for sharing. I loved the picture of the elevator & the horse coming at you.

Red
You must log in or register to reply here.